Better quality images of three scores from my "Helix Aspersa Series (2008). This series was made in collaboration with garden snails. 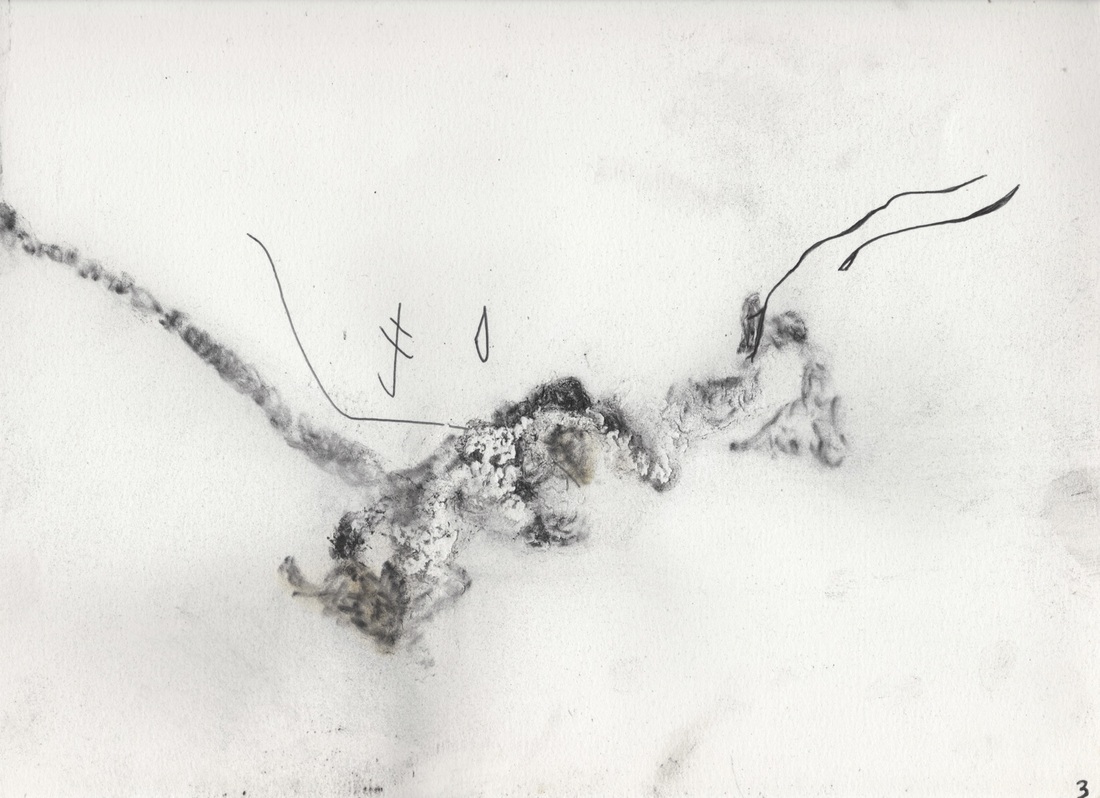 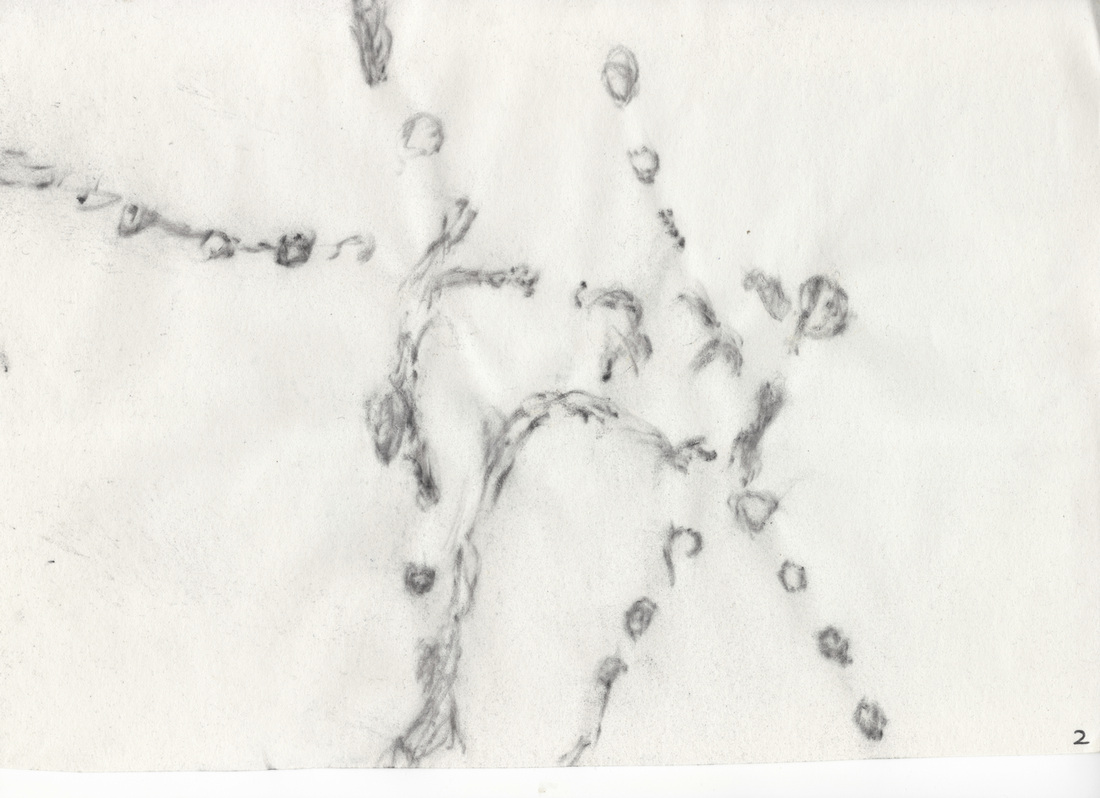 Notes on my series of graphic scores made in collaboration with garden snails (Helix Aspersa):

I started working with snails in 2008, because I was interested in exploring collaborations with non-human animals. I felt that adding an animal's perspective to my work would give it a depth I couldn't reach by myself. I continue the practice to this day. I have also made scores with the help of a cat (Felix Catus Series).

My first three snails were saved from certain death in my mother's garden. She poisons snails, as they are a garden "pest", and eat her plants with lascivious voracity.

In Northern California where we live, garden snails (Helix Aspersa) are non-native and were introduced by immigrants from Europe who missed their escargot. But in spite of the need to estivate (the Summer equivalent of hibernation) for much of the dry season, with the help of irrigation and in symbiosis with humans, these immigrant snails have thrived. I took my liberated snails back to a terrarium at our house, and began to observe them  - to try to figure out a way to incorporate their behavior into my music.

After thinking on the problem for some time, I decided to see how these snails would interact with a paper score. The results were somewhat surprising, as I did not expect the snails to eat the paper, only to crawl on it. (It had never actually crossed my mind before to dispose of my work by actually consuming it.) The scores were interacted with by the snails, after which I dusted the papers with charcoal and applied a fixative.

I have continued to have various groups of snails that live in a terrarium in our house for a time, sometimes breeding and unleashing their hordes of progeny on their immediate environment, much in the manner of humans, and have made quite a few scores with their help.

The Helix Aspersa Series has been performed in New York City, Chicago, and the San Francisco Bay Area, as well as other venues nationally. I have placed the scores in a number of musical settings, which have included time cues and traditionally notated material. It can be played by any instruments, and has been performed by larger chamber ensembles and trios (as well as solo).